At June City Council a proposal was made to allow a Cornerstone Monument to be built near the other historical markers between Gordon Hall and the Marsh House.

These cornerstones were placed as time capsules over a century ago, and were returned to Western Lodge #91 when the buildings were demolished. This project, estimated at $5000 will be funded privately through donations raised thru the local Masonic lodge.

When completed the monument will be dedicated at Heritage Day on Saturday, October 3rd 2015. 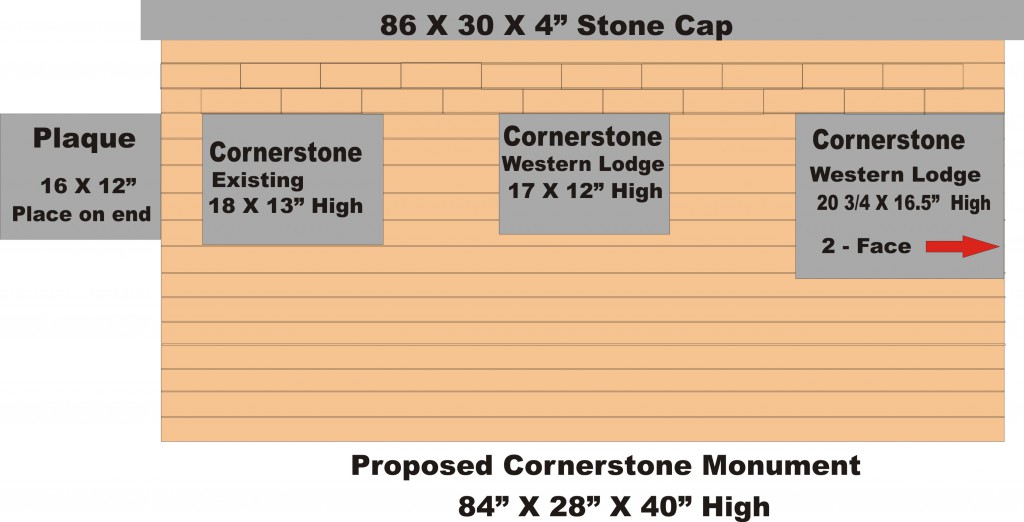 Queen City of the Highlands